How to assign tasks to people or roles.

Written by Kevin Hakman
Updated over a week ago

Tasks, task lists or entire sections of a process can be assigned in two ways:

Roles are for work responsibility concepts like job titles, team or department names like "Supervisor", "HR Manager", or "Facilities".

It is generally best to use Roles when creating a reusable master Process Template. Why? Roles provide greater flexibility for assigning and reassigning work when needed, before and during a workflow process.

Of course you can always assign or reassign a task to an individual team member if needed. Assigning work to a specific person is great for any ad-hoc checklists or tasks you need to create.

What can you do with Roles?

Here are 3 examples of how to put Roles to work for you.

How To Assign Work to People or Roles

There are two ways to assign a task to a person or a role.

How To Assign Work from the Assignee Picklist 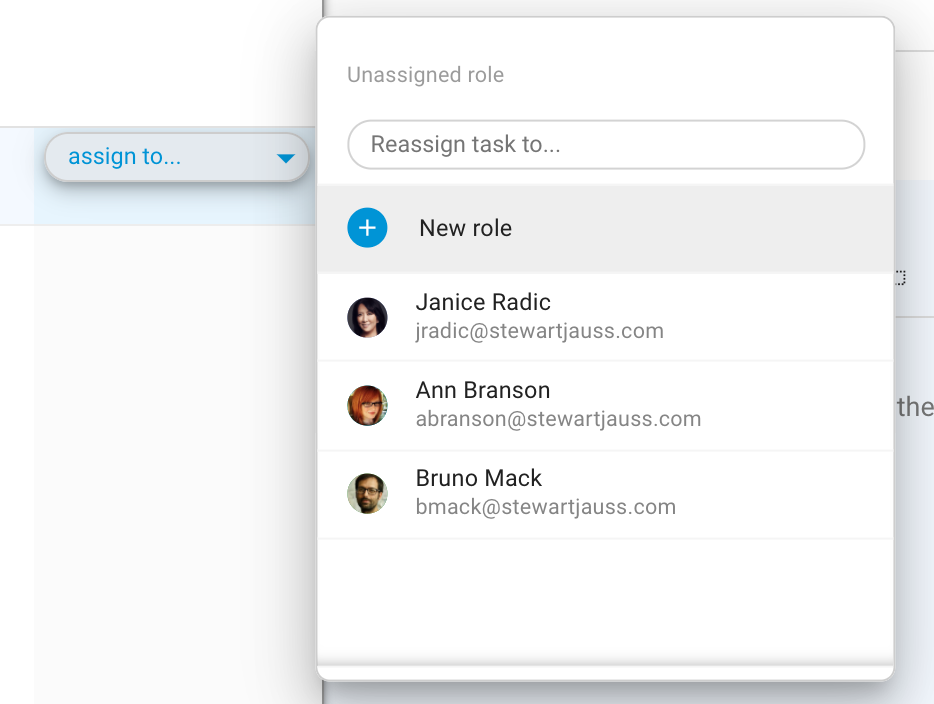 How to @Mention a Person to Assign Work

When typing up a task press @, type the name of the person, then select them from the list.

How to @Mention a Role to Assign Work

When typing up a task press @, type the name of the role, then select the role from the list.