How to add notes for a task and share them with other process participants.

Written by Kevin Hakman
Updated over a week ago

Task Notes is a feature of TeamworkIQ's Team Essentials and Business Pro plans. People may add and update a note for the tasks to which they have been assigned.

What are Task Notes?

Task assignees can use Task Notes to share information with the team as they complete their tasks. While a task is in progress, its Notes remain in draft form and are only visible to the task's assignees. As soon as the task is completed, the finalized Notes become visible to all of the participants in the process.

For example, in an onboarding process, a Hiring Manager may want to add a note which specifies special ergonomic accommodations that should be installed in the new employee's office. This allows the manager to supply detailed information that may be used by the Assignees of in subsequent tasks or referred to as part of an audit. The manager could have distributed the information by email, but Task Notes make the information readily available in the context of the process.

How To Add Task Notes

If you are the assignee of the task and you are working on the task, you can add Task Notes. To do so: 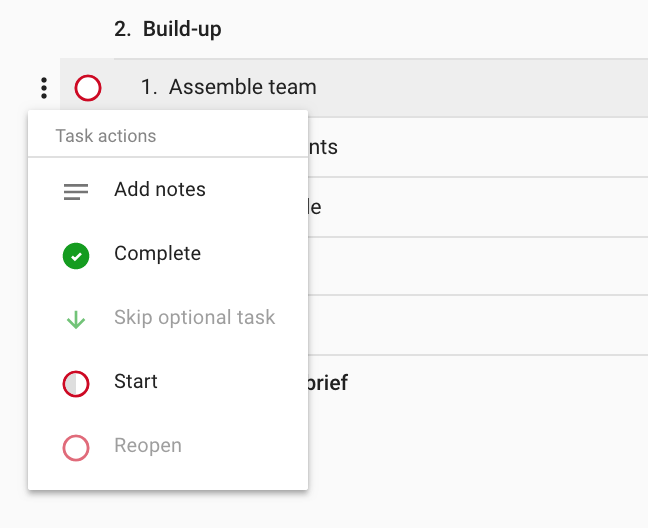 While the task is in progress, its Notes are only visible to its assignees. As soon as a task is checked off as completed, its Notes become visible to all of the process participants.

How to Delete Task Notes

If you are the assignee of the task, then you can delete Task Notes. To do so:

As soon as there is no more text in the note, the "notes" link for the task will disappear.

When the task is completed, its Notes become visible to all participants in the process.

The Notes of a completed task are read-only. This ensures that the Notes that the other participants see have not been edited, deleted or tampered since the completion of the task. The only way to update the Notes after a task has been completed is to reopen the task, edit its Notes and mark it a completed again.