When do updated field values become visible outside of the task?

Data in form fields is submitted in two stages:

A draft submission allows a task assignee to submit half-finished data while performing the task. Other users won't see the half-finished data, and that data will not cause process variables to be set to invalid values.

When the assignee is actually sure that the data is correct, she completes the task.

When a submission is published, the submitted field values are

The figure below depicts the life cycle as a Finite State Machine and shows how the field data is shared when it is published. 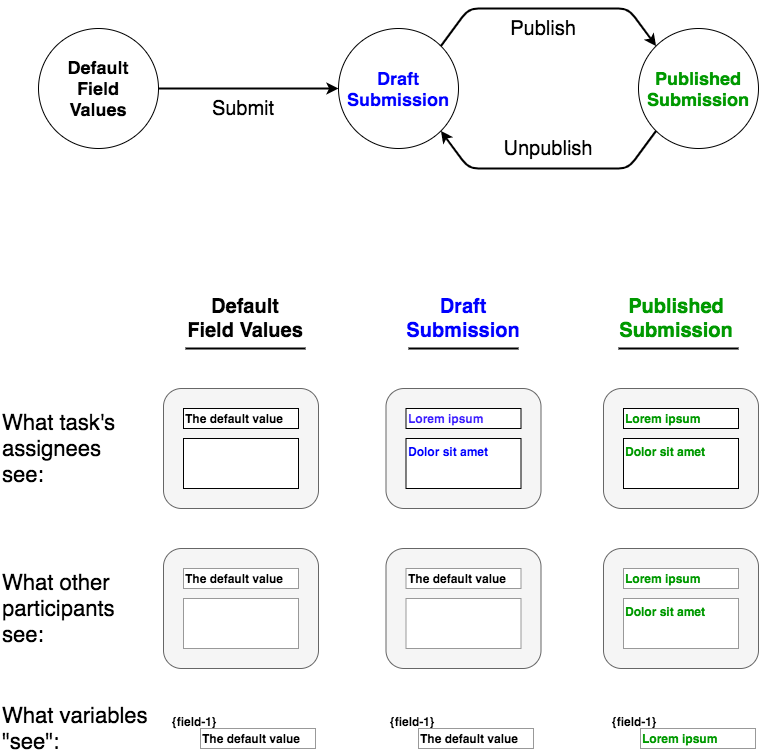 To make the draft values visible to other participants and to update variable values within the process, it is necessary to publish the submitted data.

Data submitted via a Task Form is published when the task is completed. The form data remains in a published state even if the task is later reopened.

Data submitted via a Launch Form is automatically published when the UPDATE button is clicked in the TeamworkIQ web application.

Obviously, it would be pointless to update Launch Form data if it were only published when the process completed.